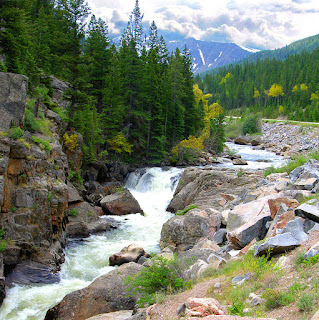 
For example, after my father died of a pulmonary embolism in September of 2000, I was
curious as to whether or not his use of Lithium Carbonate (he had also been diagnosed
with bipolar disorder and was taking the same medication as I) had anything to do with
his embolism. I found research that has shown that people taking Lithium Carbonate had a
statistically significantly higher rate of Pulmonary Embolism. (See, for example, this extract from the site eHealthMe) This information, combined with the very personal experience of the early passing of my father (he was 57 years old), served as a piece of real data that helped me trust my intuition to come off of the medication.


Being off the drugs has reaped many benefits. In the beginning, I sometimes came off of the
medication for short periods of time. During these times, I was able to make many changes in
my life that paved the way for later successes. For example, I moved about 1,000 miles away
from my home for six months. While I was there, I came across people who were supportive
of me getting off of medication and in other ways as well. Even though I was only away for
six months, I found that when I came back, some of the people who had not been supportive
of me getting off of the drugs were not so close to me anymore, and I was better able to find
others who live near to my home who have been of great support.


Being off of the medication for the past two and a half years, I am able to continue to make
changes in my life that are for the better. For example, I am open to career possibilities that I
had never even thought of before, and I find that I am becoming much more fulfilled because
of my career explorations. On the medication, the idea of switching jobs was somewhat
frightening, but off of the medication, I have much more confidence to seek out what I believe
will make me happy. As I write this, I have recently left a job that I felt was not going to
be helpful in taking me in the direction in life I wanted to go, and I have also just recently
accepted a new job that lines up much better with my career aspirations.


Next: A Long Road to Success