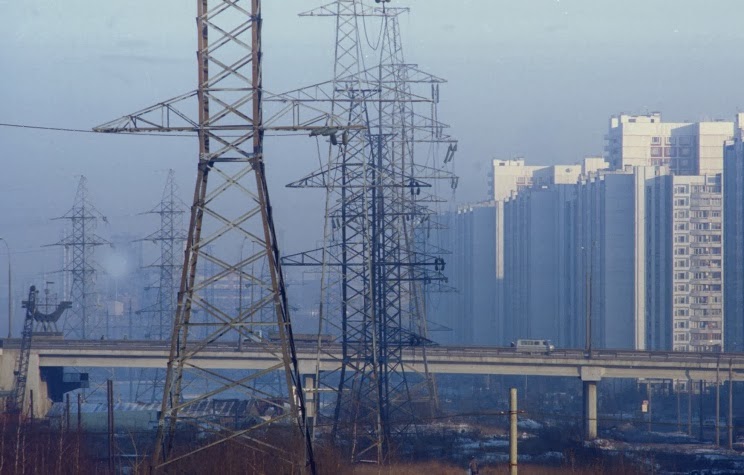 "In Russia, the pollution of the environment with electromagnetic fields as a whole, as many experts say, has acquired dangerous dimensions. Such radiation is emitted by high voltage power lines, electricity-driven transport, radars, radio transmitters, PCs, household appliances, cell communication systems, industrial microwave systems and others… Some researchers have slammed electromagnetic smog as one of the most powerful factors that affect the human body these days."

MOSCOW, March 11. /ITAR-TASS/. A resident of the Moscow Region, Nikolai Lesnikov, has won a lawsuit he had filed a while ago demanding the removal of the cell phone tower that had been put up just 20 meters away from his home. Ever more Russians these days come to understand the risks the electromagnetic pollution of the environment is fraught with. However, no national program for studying and preventing this danger exists yet.

Lesnikov took the mobile phone operator MTS to court late last year. He argued that the company had abused his constitutional right to a favorable environment. In his complaint, he asked the court to oblige the defendants to remove the tower, located just 20 meters away from his country home.

The MTS’s proxy in court insisted that the radiation from all base stations fitted in with the established rules and the level of radiation was lower than that from a microwave, a neon light or from radio and television transmitters.

The court’s verdict was in the plaintiff’s favor. The MTS is obliged to dismantle the tower within four months following the moment the decision takes effect.

The federal service for supervision in the sphere of communications and information technologies (Roskomnadzor) said the other day it had exposed over 1,500 cases in which cell phone operators had violated the requirements for the parameters of radio-electronic devices. The inspection was launched in view of the quick growth in the number of radio-electronic equipment across the nation accompanying the boom in new communication and broadcasting technologies.

“Such complex signals as 4G may prove far more hazardous than the ones that have existed so far,” the daily Novyie Izvestia quotes the chairman of the Russian National Committee for Protection from Non-Ionizing Radiation, Oleg Grigoriev. He said that evaluating the safety of the G4 signal with the existing measuring methods is practically impossible. “No practical research has been conducted yet. Their safety is anyone’s guess. However, the current state of affairs as it is, an overwhelming majority of people just do not care.”

The expert believes that cell phone base stations over the past two years have fundamentally changed the electromagnetic situation in megapolises. Some scientists are beginning to consider this situation as a major environmental problem in the near future.

“Whereas 20 years ago a tiny one percent of the urban population existed in a changed electromagnetic environment, now we can say the same about 90%. The level of electromagnetic radiation has been up with the growing number of base stations.”

Russia has certain standards of the permissible levels of electromagnetic radiation stipulating that the density of the electromagnetic energy flow humans are exposed to should not exceed 10 microwatts per square centimeter. Oleg Grigoriev believes that in a modern megapolis, where humans are vulnerable to many other hazardous factors, the rate should be reduced to 2-3 microwatts per one square centimeter.

The World Health Organization has coined an official term “global electromagnetic pollution of the environment” and put that problem on the list of priorities. Also, there has emerged a special term “electromagnetic smog”, by analogy with air pollution.

Some researchers have slammed electromagnetic smog as one of the most powerful factors that affect the human body these days. It has been established that the electromagnetic radiation of all instruments around the globe that humans have created exceed the Earth’s own geomagnetic field millions of times.

Research is in progress into how radio signals affect human health. Several hundred pieces of research have been held over the past decade alone. Quite often they produce very different results. The World Health Organization has changed its attitude to the influence of cell phones and base stations on humans several times.

In Russia, the pollution of the environment with electromagnetic fields as a whole, as many experts say, has acquired dangerous dimensions. Such radiation is emitted by high voltage power lines, electricity-driven transport, radars, radio transmitters, PCs, household appliances, cell communication systems, industrial microwave systems and others.

Scientists at the Burdenko Medical Institute in Voronezh have found out electromagnetic fields cause changes in blood plasma, affect the electrical conductivity of cells, erythrocytes and lymphocytes. A team of scientists at the Northwestern Research Institute of Hygiene and Public Health has conducted long-term examination of people who by virtue of their employment are exposed to strong electromagnetic fields. It has been established that with the passage of time they develop clinical forms of neuroses and psychic desadaptation.

Doctor of Medical Sciences Valentina Nikitina, a specialist on the problem of electromagnetic fields, has found that electromagnetic fields cause vegetovascular dystonia, hypertonic diseases, and atherosclerotic cardiosclerosis. However, it should be understood that these diseases occur only in those who are in constant contact with these fields.

Russian doctors acknowledge that the effects of high frequency radiation on the human body are still poorly studied. In the meantime, the popularity of all sorts of unconventional means of protection is soaring. Various sorts of bracelets and stickers are said to be able to ward off harmful electromagnetic radiation. Whether they are effective remains an open question.

As for scientists, their ideas of how to protect oneself from electromagnetic pollution are very simple. Stay no less than one and a half meters away from a working TV set or a microwave, and an arm’s length away from the PC monitor. And try to turn off Wi-Fi transmitters at least for the night. As for cell phones, use them as seldom as possible.

ITAR-TASS may not share the opinions of its contributors