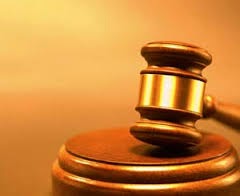 Electrohypersensitivity (EHS) has been accepted as an 'occupational disease' at the highest court of appeal in Germany.

The plaintiff worked for the German army (Bundeswehr) from 1970 to 1992 as a mechanic for Radar systems. While working he was exposed to ionizing and non-ionizing radiation. Since 1973 the plaintiff suffered from inflammation, infectious diseases and palpitations. From 1976 he also suffered from agitation, sleep disorders, fatigue, lack of concentration and extreme forgetfulness, extreme headaches, disorder of the immune system, food allergies and other allergic symptoms, non-functioning eyesight, sweats, exhaustion until mid 90ies.

The plaintiff was diagnosed with EHS and treated in two clinics in 1993. In 1994 the Federal Republic of Germany as his employer rejected to acknowledge his illness as an occupational disease claiming there is no proof that his symptoms are caused by the exposure. In 1994, the plaintiff was pensioned off.

The plaintiff filed a law-suit against the Federal Republic as his former employer to the court for administrative litigation in Schleswig to get this acknowledgement. He gave the court several reports of experts who examined his or other Radar-Mechanics conditions. As the court granted the plaintiff´s suit the defendant filed an appeal to the higher court, arguing that committees and experts- the WHO, the ICNIRP and the German committee for the protection of radiation (Strahlenschutzkommission – SSK) are of the opinion that EMF-exposure below standards does not cause any physical harm.

The plaintiff sent the court Prof. em. Prof. Dr. Dr. med. Karl Hecht´s study from 2001 on „Effects of EMF“ as well as a report by medicine physicist Dr. rer nat Lebrecht von Klitzing on the biological effects of pulsed high frequency waves below standards as well as a synopsis by Prof. Hecht from 2005 that explained that the majority of personnel exposed to radiation suffered from the symptoms of what is called the „microwave syndrom“. The court appointed another expert who reported in 2005 and 2006 that the plaintiff´s symptoms are not caused by ionizing or non-ionizing radiation or a combination of both. After hearing several other expert witnesses – among them Prof. em. Prof. Dr. Dr. Karl Hecht and Dr. rer. nat. Lebrecht von Klitzing – the court appointed another expert and – after another hearing – obliged the defendant to acknowledge the plaintiffs request in a verdict from August 20th, 2008.

On appeal, the highest federal court in administrative matters (Bundesverwaltungsgericht) declared that the decision violated federal law as the court had not taken enough efforts to research the facts. The court of appeal than appointed a third expert who stated that it was possible to proof the causation of the plaintiff´s exposure and his disease. The court ruled again in favor of the plaintiff and also ruled that another appeal is not permitted. The defendant´s complaint against this to the highest federal court was not successful. In consequence, the acknowledgement is now legally binding.

Note that the Court rejected the Gov expert opinion including the reliance on ICNIRP & the WHO and their claim that... there is no proof of biological harms and instead accepted Prof. Hecht and Prof. Von-Klitzing testimony.

The EHS debate has now evolved into a different league and EHS has been accepted as an 'occupational disease' at the highest court of appeal in Germany.

Dr Von Klitzing's protocol for diagnosing EHS is based on cardiac rhythm disturbance and micro circulation as being key indicators of EHS. 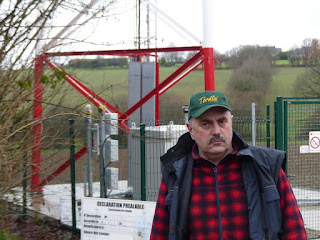