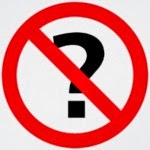 My interpretation of this revealing statement is that CFC Underwriting, and perhaps all of “the market” is that the time has come to hedge against a future surge in “illnesses caused by continuous long-term non-ionising radiation exposure i.e. through mobile phone usage.” Why else would they refuse coverage “across the market as standard.”?

“Unfortunately, Lloyd’s doesn’t have a spokesperson who can talk about this so we’re going to have to decline.”

Lloyd’s of London describes itself as “the world’s specialist insurance market,” and they’ve insured and paid on a variety of unusual risks and catastrophic claims. Unlike many other insurance brands, Lloyd’s is not a company; it’s “a market where our members join together as syndicates to insure risks.” What they insure falls into seven broad categories: casualty, property, marine, energy, motor, aviation and reinsurance.

Reinsurance is the key here, as, among other things, it serves “to protect an insurer against very large claims.” Think tobacco, asbestos and climate change. And microwave radiation apparently, even though regulatory and health agencies around the world refuse to accept RF exposure as causing illness.

I was seriously intrigued at all of this and emailed an inquiry to the Lloyd’s press center stating that I wanted some more details about the exclusion. I told them that as I primarily produce radio, I’d want to capture the conversation on tape, but would also be happy to talk with someone off tape, but on the record.

Two hours later, I received a response from a woman at Prosek Partners, “a communications consultancy that delivers an unexpected level of passion, creativity and marketing savvy,” which apparently handles such issues for Lloyd’s. She wanted to know more about what exactly I was seeking and asked if I would “mind expanding on your request a bit?” so she could best determine how to help me. I obliged, sending back “Basically I’m interested in the 5 Ws, but why especially. I’d also like to how widely the exclusion is being replicated in Lloyd’s policies. Is there any sense internally at Lloyd’s about this being a first step that is likely to be copied industry wide? Was there any conversation pre/post release of the exclusion language with any wireless industry businesses?”

This afternoon (she apologized for the 24 hour ‘delay’) she wrote back to tell me “Unfortunately, Lloyd’s doesn’t have a spokesperson who can talk about this so we’re going to have to decline.”

Now I’m used to rejection as a reporter, but I couldn’t quite believe this and told her so in my reply, mentioning that their refusal to talk about the policy change would possibly “draw attention away from more important aspects of the story.”

The takeaway here is that the Lloyd’s, the world’s largest insurance market place has “across the market” not only refused to provide coverage for any claims arising from exposure to cell phones, wi-fi or any other source of electromagnetic frequency radiation, but also refused to answer a media inquiry about why, claiming that there is no one “who can.” Hmmm…