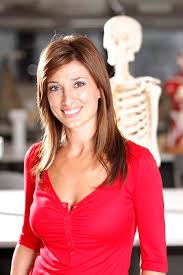 The sources point to the case of Nick Ross, former technology editor of the ABC, who was asked to write articles championing the Coalition's approach to building the NBN in order to balance his reasoned conclusion in a long article that a FttP network — which just happens to be Labor's approach — was the right one for Australia.

Ross claimed he was gagged over his views on the NBN and then forced out. The ABC contests this characterisation of his departure.

The fact that the 23 August programme originated from Demasi was hinted at by Media Watch presenter Paul Barry when he passed judgement on her back in July, saying "As for Dr Demasi, we believe she has to go", comments that were mysteriously missing from the online transcript until iTWire raised the issue with the corporation, which attributed it to a "technical issue".

In the course of the same programme, Barry said: "We've now learnt that a fourth Demasi programme — suggesting a link between diet and Alzheimer's — was pulled last month after it was referred up to the ABC's editorial director, Alan Sunderland."

Sources tell iTWire that the scope of the 23 August programme was expanded to include the impact of diet and sleep on the possible onset of Alzheimer's so that anyone who saw it would not draw a connection between Barry's statements and the episode and conclude that they were one and the same.

Another programme made by Demasi in 2013, a two-part episode on the alleged link between heart disease and statins, was also taken offline after a lot of criticism.

On the ABC website, it says of Demasi, "Maryanne was headhunted by the ABC's Catalyst programme in 2006. She has since gained a reputation for reporting on relevant and sometimes controversial medical stories. She has won numerous accolades for her work. Recently she was awarded the 2011 National Press Club of Australia’s prize for her excellence in health journalism."

iTWire contacted ABC media manager Nick Leys for a response about the lack of credit given to Demasi but he has not responded.

Sam Varghese
A professional journalist with decades of experience, Sam for nine years used DOS and then Windows, which led him to start experimenting with GNU/Linux in 1998. Since then he has written widely about the use of both free and open source software, and the people behind the code. His personal blog is titled Irregular Expression.