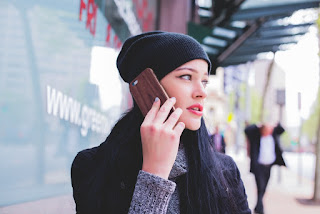 The Chicago Tribune recently investigated cell phone safety by testing 11 models of popular cell phones, both according to the manufacturers recommended distance from the head (5 to15 mm), as well as in a manner consistent with how they are used, i.e. close to the head. The accredited lab found that with some of the phones the levels exceeded the FCC guidelines both at recommended positions and in close proximity to the body. A class action lawsuit was filed against Apple and Samsung by a group of lawyers in California, Illinois and Iowa who state the manufacturers “intentionally misrepresented” the safety of these phones. The attorneys argue that numerous scientific publications show that radiofrequency radiation exposure affects living organisms at levels well below international guidelines. These RF guidelines are based only on heating of tissues, not demonstrated complex biological effects. Dr. Lennart Hardell points out in his research that increased usage of both cell phones and cordless phones, which emit fairly similar radiation levels, is associated with brain tumors. If the lawsuit is found valid will this be the Phonegate of the United States?

Dr. Marc Arazi pushed for information on studies done by the National Frequency Agency (ANFR) of France in 2015, looking at RF radiation levels tested in contact with the body, not at the separation levels set by manufacturers (5-15mm away) that are within the safety guidelines. The French health agency tested a variety of common cell phones including Apple, Motorola, Samsung and Nokia, at typical user distances which is on the body. Their report revealed that 89% of cell phones tested exceeded the safety standards by 3 fold. Dr. Azari tried repeatedly to get the results and states, “After months of difficult and restrictive legal and media actions, on June 1, 2017, I finally obtained the ANFR publication of the partial results of the SAR values of 379 mobile phones tested, including the individual makes and models concerned. This initial victory of transparency permitted us to learn that this issue concerned nearly all mobile phones sold in France and in Europe.”

Dr. Ghandi published an analysis of the report stating, “The National Agency ANFR of France recently released the cell phone SAR test data for 450 cell phones that measure 10-g SARs reducing by 10%–30% for each millimeter distal placement from the planar body phantom. Their data corroborate our findings that most cell phones will exceed the safety guidelines when held against the body by factors of 1.6–3.7 times for the European/ICNIRP standard or by factors as high as 11 if 1-g SAR values were to be measured as required by the U.S. FCC.”

Dr. Azari Urges Agencies to Perform Safety Testing of Phones in the Way are Used

Dr. Azari, who exposed the explosive data, urged cell phones to be tested in the way in which people commonly use them, adjacent to the body. He also implored agencies to perform more research taking into account children’s smaller size and increased absorption of radiation. The term “Phonegate” was used to describe the scandal with similarities to the “Dieselgate” scandal of Volkswagen, where industry tests showed emissions were within regulation in the lab, however in actual driving tests they exceeded regulatory limits. Dr. Arazi discusses this issue (and more)on a guest blog Between a Rock and A Hard Place

4 Fold Increase in Brain Tumors in France in 30 years

Dr. Arazi notes that data by the French public health agency show a 4 fold increase in glioblastoma over the last 30 years. His website Phonegate Alert is in French with articles translated into English.

On Oct 25, 2019 The French Government issued a press release to ask citizens to reduce their exposure to cell phone radiation, and also ask manufactures to develop phones with lower RF emissions. This was clearly a response to the now transparent data from their own health agency.

Government acts to limit exposure to certain mobile phones and better inform the public
The National Agency for Food Safety, Environment and Labor (ANSES) published on 21 October 2019 its opinion on the health effects related to waves emitted by mobile phones when used close to the body. The opinion does not reveal a serious and immediate danger but underlines that the results of the scientific studies published to date do not make it possible to exclude the appearance of biological effects in the man beyond certain thresholds.

In a precautionary approach, the Ministers of Ecological and Solidarity Transition, Solidarities and Health and Economy and Finance have decided to undertake the following actions, which will meet the recommendations made by ANSES. They will be conducted with the support of the National Frequency Agency (ANFR):

1 ) France will ask the European Commission to reinforce the requirements for new mobile phones put on the market. As recommended by ANSES, the Government will request that the approval tests be carried out in contact with the apparatus, and not 5 mm as is currently the case, so that they are more representative of the actual exposure. users ;…

In 2014, a cell phone “right to know” ordinance was proposed to the Berkeley City Council that simply stated the manufactures warning to keep a distance between the phone and the head when on calls must be be clearly posted at the point of sale. The council was provided scientific information regarding potential hazards of cell phone radiation. In 2015 a survey by the California Brain Tumor Association was also submitted. The survey showed that two out of three (66%) were unaware that cell phone manufacturers recommend that their cell phones be carried away from the body, or used with hands-free device. It also revealed that almost three out of four (74%) reported that they or their children carry a cell phone against their body. The ordinance was passed but continues to have legal challenges by industry.