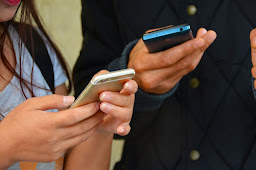 SAN FRANCISCO (CN) — The city of Berkeley’s five-year battle with the wireless industry over cellphone-radiation warnings came to a head Thursday before a federal judge, who will decide whether the city’s 2015 ordinance requiring retailers to provide guidance on avoiding radio-frequency exposure is pre-empted by federal law.

The required disclosure states in part: “If you carry or use your phone in a pants or shirt pocket or tucked into a bra when the phone is ON and connected to a wireless network, you may exceed the federal guidelines for exposure to RF [radio frequency] radiation.”

The disclosure instructs consumers to refer to the user manual for more information. The law also allows retailers to add their own messages to the disclosure.

The fight is currently unfolding alongside a federal class action in San Francisco over cellphone radiation, where consumers claim Apple failed to warn them certain iPhones exceed the radio-frequency compliance standards set by the Federal Communications Commission.

U.S. District Judge Edward Chen put the Berkeley disclosure law on hold in September 2015, finding one line about a greater risk of exposure to cellphone radiation for children was baseless and unscientific.

After Berkeley removed that line from the message, Chen lifted the ban in January 2016. The association quickly appealed, urging a three-judge panel to reverse the judge’s ruling during a hearing in September 2016.

The Ninth Circuit upheld the ordinance twice, first in 2017, then again on remand from the U.S. Supreme Court, which asked the panel to reconsider in light of the high court’s decision to strike down California’s required disclosures on abortions services in National Institute of Family and Life Advocates (NIFLA) v. Becerra in June 2018.

The divided appellate court then ruled 2-1 that the Berkeley ordinance was complementary to and did not conflict with federal law and policy regulating radio-frequency radiation.

Chen heard from two legal powerhouses Thursday during a hearing on the CTIA’s motion for judgment on the pleadings conducted by videoconference.

This past December, the FCC issued an opinion and order declaring that all cellphones “legally sold in the United States pose no health risks,” a finding bolstered by two additional statements of interest filed by the FCC in the case.

Olson said any deviating statements would risk upsetting the balance of public safety and promoting wireless technology that Congress entrusted the agency with maintaining.

“Congress wanted uniform standards that set up an appropriate balance between safety and speedy development. A high-functioning national network cannot exist if there are different radio-frequency standards in each community. Additional warnings could create an erroneous statement of public risk,” he said. “What Berkeley is attempting to do is upsetting that balance and create a non-uniform system that would over-warn and make people upset about risks that don’t exist.”

He added the FCC provides adequate information about radio-frequency exposure on its website and information on how to avoid excessive exposure are already included in cellphone user manuals.

Representing Berkeley, Harvard law professor Lawrence Lessig said the CTIA and the city have the same interests, and that Berkeley’s disclosure reinforces the FCC’s guidelines. “The reason it mandates information is to help those who are skeptical of the science underlying the FCC’s radio-frequency guidelines,” he said.

Judge Chen asked: “How would you articulate Berkeley’s interest if you accept the agency’s view that in fact there is no danger. But there may be a perception of danger, and we need to address those skeptical consumers?”

Lessig replied, “We would call it the same interest that the FCC has had. The one thing we’re arguing is we have the same right the FCC has exercised to give this information to consumers so they can make a judgment for themselves.”

Olson argued Congress gave the FCC the express responsibility to both ensure that cellphones are safe and that people aren’t afraid to use them.

“It doesn’t make people feel more comfortable about it because it draws attention to safety issues that the FCC believes are explained in the manuals and the FCC website,” he said, noting that the agency tried several times to make itself clear, both through the 2019 opinion and two statements of interest.

“They are making it explicit as they could — ‘don’t mess with what we’ve done here.’ Anything else risks a non-uniform policy. If you over-warn people, you might scare them away and cause them not to use it.”

Chen asked both sides to submit additional briefing on what kind of deference he should give to the FCC’s order and statements, then took the argument under submission.