20.5973 QUESTION : 5G. Accompanying measures to inform and raise awareness of the population 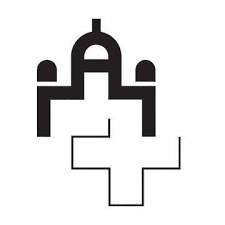 Filed at the National Council on 7 December 2020

Submitted text
The German government is launching an information campaign on 5G. Last April, the Federal Council also decided to introduce accompanying measures. Some of these measures are intended to improve information to the population, but the content is not known.
- At what stage are they at and when will they be launched?
- Who is responsible for their implementation?
- Is external support planned? If so, what is it?
- How is the reliability of the information, its clarity and wide dissemination ensured?
Reply of the Federal Council (14 December 2020)
In Switzerland, no large-scale information campaign is planned as in Germany; also because such campaigns have no tradition in our political system. Nevertheless, the population is informed on an ongoing basis and often in direct exchanges: for example, the Federal Office for the Environment [FOEN] has answered around 550 written inquiries in 2019 and already more than 450 in 2020 on the subject of the health effects of 5G antennas. In addition, the FOEN informs the population on site within the framework of appearances at information events. Various offices are responsible at federal level for the topic of mobile communications and radiation: The Federal Office of Communications for technical aspects of mobile communications, the FOEN for possible health effects and the protection of the population from radiation from mobile antennas, and the Federal Office of Public Health for information on radiation emitted by mobile devices. Internal clarifications are currently underway within the authorities to make the information already available on the websites of the federal offices more accessible. The information provided by the federal offices is based on verified knowledge and is as appropriate as possible for the addressees. No external support is planned.
https://www.parlament.ch/fr/ratsbetrieb/suche-curia-vista/geschaeft?AffairId=20205973&fbclid=IwAR2pwmq5yfgiTHx5m8PJmcuhr3K95bJxGDnXicox05EfyxfvlW62FyZyMbo
Publié par MerisRM à l'adresse 1:56 PM