The Failure of 5G

The failure of 5G
5G was supposed to be a revolution. So far in 2020, it’s not even been a great evolution
By Vlad-Gabriel Anghel, DCPRO, datacenterdynamics.com, 15 December 2020 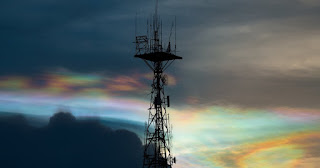 We are reaching the end of 2020, a tumultuous year that saw us realign our priorities, re-imagine our surroundings and adapt to a new way of living - at least for the duration of the pandemic.

This was supposed to be the year in which 5G hit the big time, with wide rollout, breakneck speeds and huge bandwidth. And while it has appeared in certain instances, it seems that the real world results of 5G are, at best, underwhelming, and at worst offer no improvement over former generations of mobile communications.

Historically, rollout of different generations of mobile networks has always taken several years. And while 5G standards are adopted at a quicker rate thanks to some level of interoperability between this and prior network standards, the near snail’s pace of true stand-alone 5G rollout is starting to dent the idea that 5G will reshape industries and markets.

There are two variants of 5G: non-stand-alone (NSA) and stand-alone (SA) architecture. The majority of current deployments have been of the non-stand-alone variant, a variant which relies on LTE (“4G”) for its control channels.

The difference between the two, in simple terms, is that communications are under LTE control, and communications only shift to 5G when a device wants to exchange.

At that point, the connection to that device is sent through 5G NSA equipment. This approach enables 5G speeds to kick in for the right data transfers, at least in theory, but excludes all other intelligent functions of 5G, such as idle-mode management and mobile control. So it is not actually 5G, but something in between.

A very small number of 5G SA (stand-alone) networks have seen the light of day. In the US, T-Mobile is the first operator to realize a nationwide 5G SA architecture on August 4 2020, with Verizon following suit shortly afterwards.

The UK saw its first claim of a 5G SA when Vodafone ran a showcase at Coventry University (a far cry from a metropolitan area real world scenario).

The deployment of true 5G networks is much slower than anticipated, due to a number of reasons, the most important of which is politics, When the US deemed Huawei a national security risk by the US, it caused many 5G projects to cease - some of which were already in deployment. These operators then had to choose other vendors, so everything had to be redrawn and renegotiated.

As one might expect, Covid-19 has also caused a delay, but the pandemic has had a much wider impact than was first thought. Restrictions and lockdowns have caused supply side workforce constraints, at the same time as reducing demand by squeezing the purchasing power - and mobility - of the average consumer.

Given these issues, operators have slowed down their 5G deployments.

5G turns out to need more masts than 4G - and that has proven to be an issue. Because it uses higher frequencies, 5G relies on shorter wavelengths, which have difficulty in penetrating obstacles such as buildings.

One way to combat this is to build more telecom masts, closer together, specifically for 5G.

However, operators who pursue this have to first find the money to invest, and then have faced a surprising level of pushback from residents living in neighborhoods where future 5G masts are planned.

The future of 5G as the technology that will truly unlock the Edge as well as the industrial Edge is uncertain. To build true 5G SA networks would require significant investment, with base stations on “every street pole," as well as software standardization to provide interoperability with previous networks.

During this delay, operators are now wondering if technologies already in development would alter the course that 5G is currently aiming for.

There are new Wi-Fi standards, including Wi-Fi 6, with an increased data rate and enough density to meet a lot of needs. Meanwhile, Internet-beaming satellite startups and organizations are rapidly deploying their equipment, with some claiming speeds of over 100Mbps, making this another - somewhat surprising - option. In addition, with most of us working from home for the near future, adoption could see another delay, as we are switching from mobile data to our home Wi-Fi networks.

Sadly, in an attempt to change the public perception of 5G, carriers have aggressively exaggerated its capabilities. Verizon has claimed it will revolutionize everything, almost pitching it as a cure for cancer through remote consultation, AR and VR tools.

This claim has been debunked as experts pointed out that the majority of medical institutions in the US already have the gigabit speeds and low latency that Verizon promised - using Wi-Fi or Ethernet.

Even for those consumers who can get 5G, it’s been a disappointment. 5G is not fully polished, and devices which support it are more expensive, and also demand a higher power draw compared to 4G. For the end consumer, it’s a minimal benefit.

And even before it’s arrived, some are making it sound obsolete, by shifting the conversation to 6G. At the recent IEEE 5G++ Online Summit Dresden, Ericsson’s chief researcher Magnus Frodigh set out the company’s vision in a session titled “The Journey to 6G," promising the “Internet of senses” and networks with extremely high frequency band operation, alleged zero cost sensors with commercial availability in the early 2030s.

Judging 5G by its current results, it’s a modest evolution at best, and far from the revolution we were promised. This is not to say that 5G’s promises will never come to fruition, but they need operators to get moving on stand-alone 5G deployments.

The question remains, is 5G the future? It’s simply too early to tell.