SEATTLE SAYS ENOUGH IS ENOUGH
I say good for them 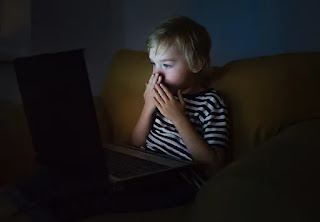 The Seattle Public School system has filed a lawsuit against Big Tech, claiming social media platforms “intentionally contributed to the youth mental health crisis." From a rise in teen depression, sleep deprivation, and even suicide, we are finally willing to admit publicly what so many of us have known all along: that the ubiquity of social media is having a devastating effect on our young.

Much of Seattle’s legal case is based on the work of San Diego State University psychology professor Jean Twenge, author of "iGen." Twenge claims the evidence now suggests it's not just correlation, but causation, that connects the overuse of social media platforms to high rates of teen anxiety.

Big Tech, of course, is claiming that they care very much about our kids, and they try really hard, really they do! No, they do not. Those of us who saw the docudrama The Social Dilemma are well aware of Big Tech’s efforts not only to addict our kids to social media, but even manipulate algorithms to increase stimulation. Of course a lot of that stimulation is negative.

This is nothing any parent doesn’t realize. This is the first time, however, that there has been this kind of official action employed on behalf of protecting our children from the insanity. There are so many pressures on all of us now, pressures that when I was growing up we couldn’t have even imagined. But most of them stem from the same unethical phenomenon: the willingness of huge corporate forces to run roughshod over our lives in whatever way necessary in order to serve their bottom line. As long as a financial return to stockholders is more important that the health and safety of people - even our children - and as long as government is willing to allow it to happen, then hey, none of this should surprise any of us.

I remember reading an interview years ago in which Bill Gates said something about limiting the time he allowed his children to spend online. Sort of like when Madonna published her coffee table book called Sex, taking any possible beauty out of it, then waxing righteous on how she was protecting her children from smut. There’s something here about coming up with the problem, making money off the problem, and then trying to protect your own children from it.

Many of us are thinking, could you please try to protect my children too?

All of us know how addicted we can be to our tablets, and as adults we’re capable of making the calculations necessary to balance risk and reward. Yes, I want to use social media; no, I do not want to find myself having just wasted an hour scrolling through Instagram posts that taught me absolutely nothing. I’m old enough, and my mental structure is solid enough, to understand what’s happening. But at the age of 14, I would not have had a clue.

The age issue is significant. One of the ways Big Tech is already trying to win the PR war initiated by Seattle’s lawsuit is to point out that certain platforms aren’t available to kids until they turn 13. Oh, really? Because no proof of age is necessary. Any 8-year-old can figure out how to check the box that says “Yes, I’m 13.” Duh.

This problem has been with us for a long time, and parents are understandably filled with fear around it. It’s worth noting, by the way, that in the effort to fight the tragic epidemic of accidental Fentanyl deaths among teenagers, Snapchat still resists parental and legal efforts to join the struggle. Though evidence is clear that the site is being used to buy and sell illegal drugs, naming names would cut into their revenue. Did you hear what I just said?

Even when parents do every bit of due diligence possible to protect their children from dangers associated with certain social media platforms, there’s a limit to what you can do when the kids are at other people’s houses, or even upstairs in their room supposedly doing homework. Someone who doesn’t even yet have a fully formed prefrontal cortex - and that would be every child and teenager - cannot be expected to handle the pressure, or complexities, of the online world today. Adults must protect them. I say kudos to Seattle Public Schools for trying.

n the meantime, remember that Adam Smith, the primary articulator of the theory of free market capitalism, said “it could not exist outside an ethical context.” As long as people are willing to unethically create profit centers based on what they know to be the creation and maintenance of human suffering, we will have a problem on our hands.

There is such a thing as healthy shame. Big Tech should definitely be ashamed. And in the meantime, I’m very glad it’s being sued.