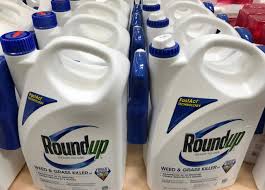 FRANKFURT (Reuters) - The number of U.S. lawsuits brought against Bayer’s (BAYGn.DE) newly acquired Monsanto has jumped to about 8,000, as the German drugmaker braces for years of legal wrangling over alleged cancer risks of glyphosate-based weedkillers.

Bayer had previously disclosed 5,200 such lawsuits against Monsanto, which it acquired in a $63 billion deal completed in June.

“The number of plaintiffs in both state and federal litigation is approximately 8,000 as of end-July. These numbers may rise or fall over time but our view is that the number is not indicative of the merits of the plaintiffs’ cases,” Bayer Chief Executive Werner Baumann told analysts in a conference call on Thursday.

Bayer shares have lost more than 10 percent since Monsanto was ordered on Aug. 10 to pay $289 million in damages in the first U.S. lawsuit over glyphosate-based weedkillers such as Roundup and Ranger Pro.

The legal headache adds to a number of distractions for Bayer, such as falling consumer care product sales and a rebuke on production practices from the U.S. drugs watchdog, as it seeks to strengthen its drug development pipeline and has begun integrating Monsanto into its organisation.

“While this is disappointing, it is not surprising. Indeed, in our litigation scenario analysis, we assumed a doubling of cases to 10,400,” said Alistair Campbell, analyst at brokerage Berenberg.

Bayer shares were down 1.8 percent at 1600 GMT while the German blue chip index .GDAXI was up 0.2 percent.

CEO Baumann reiterated Bayer’s view that the jury’s verdict on Aug. 10 was inconsistent with the science-based conclusions of regulators.

Bayer said it will initially petition the judge to reverse the jury’s verdict from Aug. 10, and “if necessary” challenge the ruling with California appellate courts, which will take at least a year.

When asked whether Bayer would consider settling cases out of court, he said: “We will vigorously defend this case and all upcoming cases.”

Bayer executives on the call stressed that demand for glyphosate and seeds for crops that tolerate the broad-spectrum herbicide had not been affected by the verdict.

“Nothing whatsoever has changed in the regulatory status of the product. There is simply very high demand, and has been for many decades for glyphosate. It is an invaluable tool for growers,” said Liam Condon, the head of Bayer’s newly enlarged Crop Science division.

Bayer also said on Thursday that it sees no reason to re-assess the legal risks from Monsanto.

Last week Bayer, which is retiring the Monsanto name, launched the integration of Monsanto into its organisation. That is seen as a daunting task even without the litigation, almost two years after it signed the $63 billion deal.

Bayer’s second-quarter results, due on Sept. 5, would include provisioning for legal defence costs but no money would at that point be set aside for any possible future damages, finance chief Wolfgang Nickl said.

Email ThisBlogThis!Share to TwitterShare to FacebookShare to Pinterest
Libellés : Pesticides