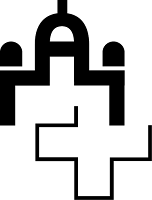 UPDATE with Opinion of Federal Council of 15 May 2019:
(unofficial translation in English)

The effect of non-ionizing radiation (NIR) on humans depends on its intensity and frequency. The current deployment of 5G is in the frequency ranges already used today for mobile telephony and wireless networks (WIFI).

1./2. In the long term, a higher frequency range should also be used in 5G. However, as it is not yet widely used, it has not been the subject of any observational studies of its impact on the population. Internationally, a review article published in 2018 lists some 80 animal and cellular studies on frequencies between 30 and 65 gigahertz. In Switzerland, no research on this frequency range has been conducted to date.

3. The cantons and municipalities are responsible for authorizing and controlling the construction of mobile telephony installations. Since construction law differs from canton to canton and municipality to municipality, the procedures may also differ. Due to the federalist distribution of powers, the Confederation cannot intervene in this matter. The limit values defined in the Ordinance on Protection against Non-Ionizing Radiation (ORNI) and the requirements of building law must be observed, regardless of the procedure applied.

4./5. As the Federal Council explained in its replies to questions 17.5396 and 17.5397, it is possible to introduce 5G in compliance with the current ORNI limit values. The development of 5G requires the construction of new base stations (antennas) in both micro and macro cells, particularly in urban areas. The evolution of the population's exposure to NIR therefore depends on the limit values and the expansion scenario. In September 2018, former Federal Councilor Doris Leuthard established a working group to provide context and data. The latter is also responsible for submitting a report to the Federal Department of the Environment, Transport, Energy and Communications (DETEC) by mid-2019 on the future stages of mobile telephony development, in the short and long term, taking into account the interests of protection and use and the possibilities for further action. DETEC will then publish the report and decide on the next steps.

6. Mobile telephony operators are required to operate, in accordance with Article 1 of the Telecommunications Act (SR 784.10), the frequencies allocated to them at the beginning of the year by means of a license and thus to provide telecommunications services on a commercial basis. Under the concessions, which do not require a minimum level of network coverage, they will have to provide mobile telephony services to at least 50 per cent of the Swiss population via their own transmission devices by 31 December 2024.

Introduced by: HARDEGGER THOMAS on 12 March 2019

to the National Council, Swiss Parliament

Status of deliberations:
Not yet dealt with by the Council

TABLED TEXT:
Mobile operators want to eventually use the frequency spectrum between 3 and 100 gigahertz for the fifth generation of mobile telephone networks (5G). The first portions of spectrum have recently been auctioned off and their exploitation has been approved.

At present, little is known about the potential health damage that high-frequency electromagnetic radiation could cause in this frequency range. It seems that no independent study on the health risks of 5G has been completed to date.

The Federal Council is asked to answer the following questions in relation to the mobile telephony networks using 5G:

1. How many independent biological and medical studies has the Confederation commissioned on the health risks inherent in high-frequency electromagnetic fields (from 3 to 100 Ghz) generated by 5G?

3. What does the Federal Council think of the fact that the cantonal enforcement authorities have been issuing smaller permits for 5G mobile telephone installations in the last few months? Are we not in this way bypassing the municipal authorities in charge of construction and also the population, which can no longer file an appeal?

4. Mobile telephony operators declare that they will offer 5G services to their customers from March 2019. So far, industry stakeholders have argued that it is impossible to implement 5G without a relaxation of limit values. However, this now seems to be possible. In view of this development, will the Federal Council refrain from relaxing the regulations governing the application of limit values, which DETEC has already prepared, by determining, in particular, but not only, the spatial and temporal average of radiation power in the context of authorization or measurement procedures?

5. With regard to electromagnetic immissions, does the Federal Council intend to systematically apply the precautionary principle contained in the Environment Act when introducing 5G, or does it prefer to continue to make this principle more flexible in the interests of mobile phone operators?

6. Do the new (5G) and existing obligations set out in the concessions and contracts contain provisions on the minimum level applicable to radio coverage of premises in public or private buildings, or only to outdoor areas?