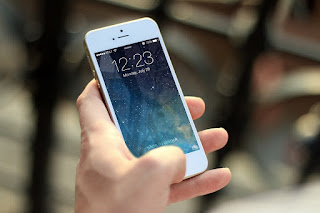 SAN FRANCISCO (CN) — Pushing to defeat a class action claiming Apple failed to warn consumers about dangerous radiation from iPhones, an Apple attorney told a federal judge Thursday that bringing the case to a jury will undermine the Federal Communications Commission’s authority.

“Plaintiffs are asking for a jury to second guess the FCC,” Apple lawyer Christina Sarchio, of Dechert LLP, argued during a summary judgment hearing via telephone Thursday.

Lead plaintiff Andrew Cohen sued cellphone makers Apple and Samsung in August 2019 after the Chicago Tribune revealed an FCC-certified lab’s findings that radiofrequency radiation exposure from iPhone and Galaxy smartphones surpassed federal safety limits. Samsung was voluntarily dismissed as a defendant in the case in January.

The plaintiffs commissioned their own independent tests in 2019 and cited tests conducted by the Canadian Broadcasting Company in 2017 and French National Frequencies Agency in 2018, all of which found radiofrequency radiation exposure from iPhones exceeded federal safety limits.

The plaintiffs say Apple has defied Alsup’s directive by refusing to hand over a single non-public document it gave the FCC before the agency concluded that iPhones do not pose radiation-exposure risks.

On Thursday, Alsup questioned why the world’s third largest supplier of smartphones is refusing to turn over those documents.

“Why would it be disruptive for the public to know what statements and representations Apple made to the FCC,” Alsup asked. “Are you afraid the public would be horrified at the statements? I don’t understand why you’re hiding them.”

Sarchio said her client is not hiding anything but believes the plaintiffs are not entitled to view documents that may contain trade secret information so they can double check the FCC’s work.

“Plaintiffs are not permitted to second-guess the certification process,” Sarchio insisted. “It undermines the FCC certification regime.”

Alsup ordered Apple to disclose all communications between it and the FCC on the Chicago Tribune’s investigation within seven days in a ruling issued after the hearing Thursday.

Apple maintains the lawsuit is preempted under federal law because the FCC’s finding that iPhones are safe supersedes any state law that might require the company to warn consumers about radiation risks.

“They’re asking for disclosures that undermine and conflict with what the FCC said,” Sarchio argued.

The plaintiffs say they are not challenging FCC’s safety standards but rather seeking to make Apple disclose that its phones do not comply with those standards.

To support their argument, the plaintiffs cited the Ninth Circuit’s 2019 ruling in CTIA v. Berkeley, which upheld a local ordinance requiring retailers to warn consumers about the dangers of cellphone radiation. A divided Ninth Circuit panel found the ordinance does not conflict with the FCC standard but rather “complements and reinforces it.”

The FCC filed a 20-page brief in the Cohen v. Apple case in April arguing that if the court were to require radiation exposure warnings, it could “mislead” consumers into believing iPhones are unsafe, a finding at odds with the FCC’s conclusion. The FCC retested iPhones after the Chicago Tribune investigation was published last year and found the phones did not exceed safety limits.

Representing the plaintiffs, attorney Jessica Meeder of Fergan Scott LLC insisted the Telecommunications Act of 1996 explicitly prohibits FCC regulations from preempting state laws. The statute only allows preemption after the agency goes through a formal rulemaking process that includes notice and an opportunity for public comment, she argued.

“Nothing in the legislative history said Congress intended the FCC to regulate the information a manufacturer must give a consumer about the product,” Meeder said.

Sarchio countered that the FCC’s preemption power stretches back to the Communications Act of 1934, which gives the agency unfettered authority to regulate devices used for wireless radio communications and any related emissions.

She noted that the FCC used a wide safety margin when it established the radiofrequency specific absorption rate limit of 1.6 watts per kilogram of human tissue. That rate is 50 times below the level at which adverse effects were detected in laboratory animal tissue.

“Even if they exceeded the regulatory threshold, they’re still safe,” Sarchio said of iPhones.

Alsup took the arguments under submission and did not indicate when he will issue a ruling.