The Report is available online at http://www.gencourt.state.nh.us/statstudcomm/committees/1474/reports/5G%20final%20report.pdf 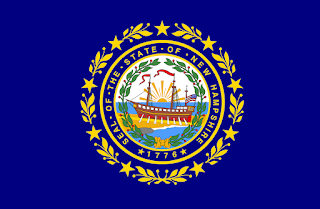 15 Recommendations Include Reducing Public Exposure to Wireless, Radiation Measurements, Reducing Radiation from Cell Phones and Protection of Trees and Bees

On November 1, 2020, the New Hampshire Commission to Study the Environmental and Health Effects of Evolving 5G Technology has released its final report to New Hampshire Governor Christopher T. Sununu, Speaker of the House Stephen J. Shurtleff, President of the Senate Donna Soucy summarizing its findings that safety assurances for 5G have “come into question because of the thousands of peer-reviewed studies documenting deleterious health effects associated with cellphone radiation exposure.”

The majority of the New Hampshire Commission voted to support 15 recommendations to the New Hampshire Governor. Recommendations include: support an independent study of 5G health effects; reduce public exposure to cell phones, wireless devices and Wi-Fi in schools and libraries; ensure cell network infrastructure antenna setbacks from schools and homes; measure levels of cell network radiation; establish wireless radiation limits to protect trees and insects; establish more sophisticated measurement protocols to include high data rates; require software changes to reduce radiation exposure into the body; establish wireless radiation-free zones; and call on the US Federal Communications Commission to do an environmental assessment on the impact of 5G and wireless infrastructure expansion.

The report referred to the FCC as a “captured agency with undue industry influence,” citing the Harvard Press Book “Captured Agency: How the Federal Communications Commission is Dominated by the Industries it Presumably Regulates,” which compares the wireless industry to the tobacco industry.

The 5G Report recommends US federal agencies coordinate “to protect people, wildlife, and the environment from harmful levels of radiation” and states “until there is Federal action, New Hampshire should take the initiative to protect its environment.”

The New Hampshire Commission includes several legislators who are also medical doctors and engineers, a scientist with expertise in electromagnetic radiation, a New Hampshire Town Councilperson and representatives from the New Hampshire Attorney General’s Office, Department of Health & Human Services and the Department of Business and Economic Affairs. Also represented on the Commission were members of the industry, including a CTIA Wireless Industry representative who was one of the three members signing onto the minority report. In contrast to the majority report which documents why hundreds of scientists are raising the alarm about 5G because of substantial scientific evidence finding harmful health and environmental impacts, the minority report purports that “the scientific consensus” is that wireless is safe.