France : Report on 5G and health: ANSES between confusion and inconsistency!

[Press release] Report on 5G and health: ANSES between confusion and inconsistency!
Equipe Phonegate 21 Apr 2021
The report turns its back on the concerns about the deployment of 5G, expressed by many scientists, health professionals, our organizations and citizens both in France and in Europe. 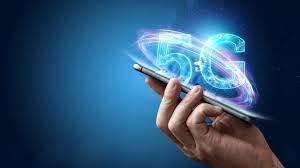 According to ANSES, “the resulting exposure to electromagnetic fields (from the deployment of 5G) is not representative today of what it will be in the future. The agency remains confused about the different modes of exposure, mobile phones, antennas, connected objects. It does not address the cumulative effect due to exposure to all frequencies, proposing only a differentiated analysis by bands.

At the same time, it relies on ANFR data, citing more than questionable exposure values of 1.5V/m, to confirm the absence of health effects of 5G. The agency does not take into account the permanent exposure in all places generated by all the new devices necessary for the operation of billions of connected objects.

Our organizations are concerned by this reversal of the ANSES opinions given in its previous reports from 2016 and 2019, including the one entitled “Mobile phones carried close to the body and health”, a report that has been totally ignored today. They have not found answers to their questions, neither on the different exposure scenarios nor on the protection and prevention strategies that they demanded in their letter of April 19 to the Director General of ANSES, Roger Genet. They will be very vigilant regarding the agency’s proposal to “set up a program to monitor exposure to electromagnetic fields”, particularly with regard to the protocols implemented, especially for exposure to mobile phones, the main sources of emissions, not to mention the new connected objects.

The report on 5G has been put out for public consultation for six weeks on April 20 and is therefore likely to be modified. Our organizations will do everything in their power to ensure this will happen and will be extremely attentive to the scientific and technical data provided as well as to the final opinion formulated.