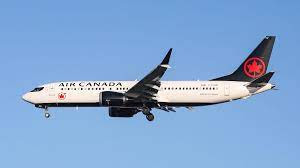 Canada’s Department of Innovation, Science, and Economic Development (ISED) has decided to restrict certain 5G services because they would interfere with radio altimeters, a crucial component of aircraft navigation systems.

On Thursday, ISED, acting on the results of a study initiated in August, concluded that without further restrictions, 5G services in the 3.45 -3.65 GHz band would pose dangers to radio altimeters, which operate in the 4.2 - 4.4 GHz band.

The Canadian restrictions include “exclusion zones” around 26 airports where outdoor 5G base stations would not be permitted to operate—but indoor 5G operations would be allowed. ISED has also established “protection zones” where 5G operations would be allowed, with restricted power. Furthermore, ISED requires, until it decides otherwise, that the 5G antennas tilt down, rather than horizontally or upward, so as not to interfere with the radio altimeters. These restrictions would be in effect until both domestic and international studies have come to a definite conclusion about the scope of the problem.

Similar discussion is going on in the United States, following the planned rollout of 5G in the 3.7 - 4.2 GHz section of spectrum known as the C-Band, originally due on December 5, now postponed until January 2022. Last year the Federal Communications Commission auctioned the rights to licenses in the C-Band to, among others, Verizon, AT&T, and T-Mobile to use for 5G services. These companies paid over $80 billion for spectrum that would help provide consumers with faster mobile Internet services. The C-Band is much closer to the spectrum used for altimeters, and consequently the C-Band would reasonably pose greater interference concerns than the 3.45 - 3.55 GHz band. The FCC order authorizing the C-Band auction mentions altimeters but makes no specific accommodation for them.

ISED’s notice concerning interference with altimeters coincides with a Friday letter to Federal Communications Commission Chair Jessica Rosenworcel from House Transportation and Infrastructure Chairman Peter DeFazio (D-OR) and Chairman Rick Larsen (D-WA) of the Subcommittee on Aviation. They wrote, “with the FCC’s administrative process mostly complete, we’re now on the precipice of a dangerous situation in which the safety of flight hangs on the telecom industry’s decision regarding when to switch on its 5G networks.”

The Federal Aviation Administration warned airlines and aircraft manufacturers in a November 2 Special Airworthiness Information Bulletin that 5G transmitters could interfere with the radio altimeters. Chairmen DeFazio and Larsen called on the FCC to “prohibit any 5G broadband transmissions in the C-band until the FAA has conducted a robust risk assessment and has concluded either that no mitigations are necessary or that all necessary mitigations are in place.”

This issue, although only now making headlines, was raised by the FAA over two years ago. Last year, in December 2020, in a letter to the Commerce Department, U.S. Department of Transportation Deputy Secretary Steven Bradbury and FAA Administrator Steve Dickson wrote, “as the Executive Branch expert on transportation safety, DOT is concerned about the safety impact upon aviation that may result from FCC’s action. Recent testing and analyses reveal the potential for harmful interference to radar altimeters installed in thousands of commercial transport aircraft, general aviation aircraft, business jets, and helicopters.” The Commerce Department chose not to enter this letter into the FCC docket.

The safety measures proposed by Canada to protect altimeters from interference from 5G operations in the 3.45 - 3.65 GHz band exceed those in the United States in either the 3.45 - 3.55 GHz Band or the C-Band.

It is surprising that the FCC moved forward with 5G licenses in bands that might cause interference to altimeters over the safety concerns of the FAA and now despite the concerns of Canadian government officials. Should the FCC notify auction bidders that there are potential safety concerns before an auction, or only after an auction when bidders have already committed tens of billions of shareholder dollars? These are matters that need to be resolved, preferably before an aircraft experiences harmful interference to its radio altimeter.

Diana Furchtgott-Roth
I teach Transportation Economics at George Washington University. From 2019 to 2021 I was Deputy Assistant Secretary for Research and Technology at the US Department of Transportation. I directed the Department’s research portfolio, including automated and electric vehicles, connected vehicles, platooning trucks, intelligent transportation systems, Smart Cities, and solutions to GPS hacking and spoofing. I’ve also served as acting assistant secretary for economic policy at the U.S. Department of the Treasury, chief economist at the U.S. Department of Labor, and chief of staff of the Council of Economic Advisors. I’m the author or editor of six books on economic policy, most recently United States Income, Consumption, Wealth, and Inequality (Oxford University Press, 2020). My economics degrees are from Swarthmore College and Oxford University.
https://www.forbes.com/sites/dianafurchtgott-roth/2021/11/21/canada-limits-5g-to-protect-air-travel/
Publié par MerisRM à l'adresse 7:51 PM