United Kingdom: Full steam ahead for 5G – and let’s not even think about the damage to health

Full steam ahead for 5G – and let’s not even think about the damage to health
By Gillian Jamieson, conservativewoman.co.uk, 29 November 2022 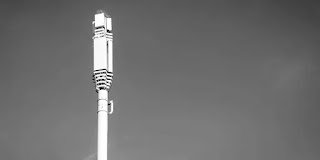 ON December 13, Michael Mansfield QC will lead a case at the Royal Courts of Justice in London against the Government concerning the negative health effects of 5G and other non-ionising (or radio-frequency) radiation. Permission to present this case was granted at the Court of Appeal earlier this year because of Government ‘failure to give adequate information to the public about the risks of 5G and to explain the absence of a process for investigation of any adverse health effects’.

The committee which is tasked to ensure that our health is protected from radio-frequency radiation (RFR), also known as electromagnetic fields (EMFs), is the Committee on Medical Aspects of Radiation in the Environment (COMARE).

I was staggered when they told me two years ago: ‘COMARE has not previously reported on possible health effects from EMFs and at present there are no requests from government departments for the committee to provide advice on this issue.’ Furthermore, their July 2019 minutes reveal that ‘COMARE has not been asked to look at 5G concerns and therefore does not have a 5G strategy’.

This year COMARE confirmed to me that the position remains the same. To be clear, this means that the Government is going full steam ahead with 5G without even trying to find out if this is safe. It prefers to rely on the safety exposure guidelines of a self-selected group, the International Commission on Non-Ionizing Radiation Protection (ICNIRP), https://www.icnirp.org/ whose conflicts of interest have been exposed by two MEPs in a 90-page document. Despite thousands of studies confirming likely harm from EMFs in the microwave range over the last 25 years, ICNIRP’s guidelines have remained almost the same since the late 1990s.

When the vast majority of people do not give their health a second thought as they interact with their smart technology, and when Government has told us that EMFs are safe, why did I become worried about this?

The answer is firstly through my own personal experience of living near a phone mast, along with some anecdotal evidence, and secondly because of the amount of research now available and the campaigns of many scientists for new guidelines.

Eighteen years ago, I lived about 20 yards from a phone mast. After two neighbours living on either side of it died of motor neurone disease, I realised that my own symptoms of extreme fatigue and many weeks of disabling flu-like symptoms might have been caused by living next to the mast for three years.

At that same time, Andrew Mitchell MP led a discussion in the House of Commons about ill-health, including cancer and motor neurone disease, in residents living near a phone mast in Wishaw, north of Glasgow. Eileen O’Connor was one of those affected and last month gave a compelling interview on her own experience and subsequent campaigning.

Recently I have become aware of the issue of electro-hypersensitivity (EHS) which appears in some people after prolonged or intense exposure to EMFs. Symptoms of EHS include insomnia, tinnitus, headaches, unexplained pain, visual disturbances, palpitations, skin complaints, memory problems and more. Several people I know are so sensitive that they have to have the electricity switched off while in their homes.

EHS sufferers, along with those injured by EMFs, are excluded from normal life as wifi and smart devices are so prevalent in the community. Travel is well-nigh impossible. Trains have very high levels of EMFs due to the provision of wifi and due to mobile phone usage by the public. Motorways have phone masts lined up along their edges, and some motorways are smart. Even cars emit EMFs. Visiting public spaces or going to a shop or restaurant carries the same issues.

This amounts to discrimination in terms of the Equality Act 2010 and it was on these grounds that legal precedent was created by an Upper Tribunal hearing in July 2022 when a local authority was mandated to make low-EMF educational provisions to accommodate a child with EHS.

In 2011 electromagnetic fields were classed as a ‘2B carcinogen’, i.e. a possible cancer risk, by the International Agency for Research on Cancer (IARC). The link between EMFs and cancer was confirmed in 2018 by a large animal study conducted by the US National Toxicology Program. The unequivocal results put pressure on the IARC to reclassify EMFs as a ‘Class 1 carcinogen’, though this has not yet happened. The large Ramazzini Institute study also confirmed this link a few months later. Indeed, courts such as the Court of Appeal in Turin have validated a causal link between mobile phone use and cancer and in the process found ICNIRP-influenced studies to be invalid.

In 2020 the Physicians’ Health Initiative for Radiation and Environment (PHIRE) issued a statement reflecting the consensus from the most recent, independent, expert global forums on acute and chronic health effects, such as neurological disorders or fertility issues, resulting from radio-frequency radiation (RFR) in which they asked for ‘urgent action to protect the health of humans and wildlife’, highlighting that children are more vulnerable than adults to RFR.

Last month a major new paper by the International Commission on the Biological Effects of Electromagnetic Fields (ICBE-EMF) presented its case for the revision of human exposure limits and called for an immediate moratorium on 5G. Dr Ronald Melnick, the commission chair, said: ‘Many studies have demonstrated oxidative effects associated with exposure to low-intensity RFR and significant adverse effects including cardiomyopathy, carcinogenicity, DNA damage, neurological disorders, increased permeability of the blood-brain barrier and sperm damage.’

These studies relate to currently used frequencies. Regarding the higher frequency millimetre wave (mmWave) 5G bands which are to be made available by Ofcom in two years and which will facilitate the Internet of Things, there are no useful studies on health effects at all. Dr Joel Moskowitz, the Director of the Center for Family and Community Health, University of California, Berkeley, says: ‘Unfortunately, few studies have examined prolonged exposure to low-intensity mmWaves, and no research that I am aware of has focused on exposure to mmWaves combined with other radiofrequency radiation.’

In the face of such evidence, or in the case of mmWaves the lack of evidence, how can the Government possibly persist in a faster and faster roll-out of all types of electronic communications infrastructure, implicitly denying that there is any risk to human health or the environment? People’s health and safety are being put at risk, because the Government has not even tried to investigate the health implications of exposure to radio-frequency radiation. This is a scandal.