Violent Video Games Linked to Risk of Delinquency and Alcohol 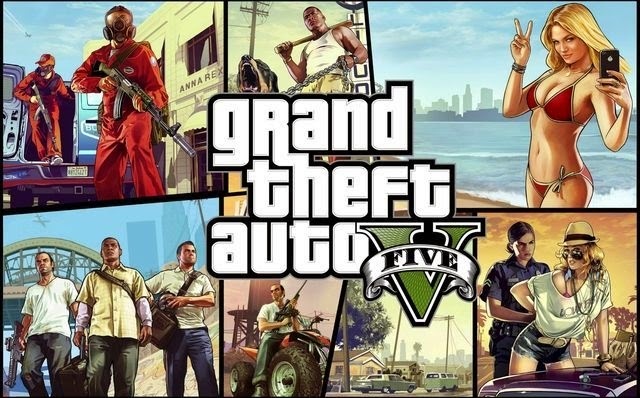 M-rated video games: M for mistake to let teens spend so much time playing them?
by Maureen Downey, ajc.com,
6 August 2014

We’ve had a lot of discussions on the blog about the impact of smart phones and social media on kids’ educational engagement and social skills. Those conversations have eclipsed the discussion around video games, a pastime of virtually all American kids.

A new study out of Dartmouth linking violent video games and increased deviant behavior will likely generate more talk about the impact on children who play video games.

And most kids do play.

According to Pew Research:

Video gaming is pervasive in the lives of American teens—young teens and older teens, girls and boys, and teens from across the socioeconomic spectrum. Opportunities for gaming are everywhere, and teens are playing video games frequently. When asked, half of all teens reported playing a video game “yesterday.” Those who play daily typically play for an hour or more.

Fully 99% of boys and 94% of girls play video games. Younger teen boys are the most likely to play games, followed by younger girls and older boys. Older girls are the least “enthusiastic” players of video games, though more than half of them play. Some 65% of daily gamers are male; 35% are female.

The five most popular games among American teens are Guitar Hero, Halo 3, Madden NFL, Solitaire, and Dance Dance Revolution. The ratings of these games range from E-rated “Everyone” games (Solitaire and Dance Dance Revolution), deemed suitable by the ratings board for players of all ages, to games rated Mature (M) for violence, blood and gore, and language (Halo). The range of genres spanned by the most popular games played by teens indicates they are not simply playing violent first-person shooters or action games. However, boys are more likely than girls to report playing these specific violent Mature-rated games.

It was the impact of the M-rated games considered by the Dartmouth researchers. Among the best selling video games last year were Grand Theft Auto V (Rockstar), Call Of Duty: Ghosts, Battlefield 4, Assassin’s Creed IV: Black Flag, and Tomb Raider, all of which carry the M-rating.

According to the official release:

More generally, such games – especially character-based games with anti-social protagonists – appear to affect how adolescents think of themselves, with potential consequences for their alter ego in the real world.

The study appeared Monday in the American Psychological Association’s Journal of Personality and Social Psychology. The findings follow a 2012 Dartmouth study that shows such video games may lead teens to drive recklessly and experience increases in automobile accidents, police stops and willingness to drink and drive.

“Up to now, studies of video games have focused primarily on their effects on aggression and violent behaviors,” says Professor James Sargent, a pediatrician and co-author. “This study is important because it is the first to suggest that possible effects of violent video games go well beyond violence to apply to substance use, risky driving and risk-taking sexual behavior. “

"With respect to playing deviant video game characters, we feel it best to follow the admonition of Kurt Vonnegut in Mother Night: 'We are what we pretend to be, so we must be careful about what we pretend to be,'" says Professor Jay Hull, the studies’ lead author and chair of Dartmouth’s Department of Psychological and Brain Sciences.

In the new study, researchers conducted a longitudinal nationwide study involving more than 5,000 randomly sampled U.S. teenagers who answered a series of questions over four years in telephone interviews. They looked at a number of factors, including the playing of three violent risk-glorifying video games (Grand Theft Auto, Manhunt, Spiderman) and other mature-rated video games.

They found that such games are associated with subsequent changes in a wide range of high-risk behaviors and suggest this is due, in part, to changes in the users' personality, attitudes and values, specifically making them more rebellious and thrill seeking. Effects were similar for males and females and were strongest among the heaviest gameplayers and those playing games with anti-social protagonists.

About Maureen Downey
Maureen Downey is a longtime reporter for the AJC where she has written editorials and opinion pieces about local, state and federal education policy for 12 years.