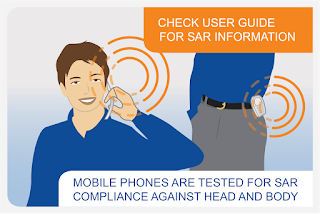 "The FCC’s lack of reply to important questions contained in the letter raises serious concerns of regulatory responsibility and competency."

Washington, D.C., January 10, 2017. The Federal Communications Commission (FCC)’s General Counsel, Howard Symons, Esq., and Associate Chief Counsel in the Office of Engineering and Technology, Bruce Romano, Esq., have offered no acknowledgement or reply to an inquiry posing questions about whether the FCC is adequately enforcing its existing cell phone radiation safety limits.

The inquiry letter to the FCC from Swankin & Turner in Washington, D.C. was sent September 9, 2016 on behalf of the National Institute for Science, Law & Public Policy (NISLAPP) and the Environmental Health Trust (EHT). Now four months later, the FCC’s lack of reply to important questions contained in the letter raises serious concerns of regulatory responsibility and competency.

The inquiry letter to the FCC suggests as many as 75% of cell phones on the market today may possibly exceed the FCC’s exposure limit of 1.6 W/kg peak spatial Specific Absorption Rate (psSAR), due to a +/-30% margin of error (or uncertainty factor) in the Institute of Electrical and Electronic Engineers (IEEE) methodology for assessing psSAR (on which the FCC’s exposure limits are substantially based). Any phone with a psSAR of greater than 1.231 W/kg with the 30% uncertainty factor could theoretically exceed the 1.6 W/kg FCC limit.

Examples of how various popular phones brands, and wireless transmitting devices (WTDs) such as tablets, may easily exceed the FCC’s limit, with psSARs as high as 2.08 W/kg, were included with the letter as Exhibit A.

The inquiry letter to the FCC from Swankin & Turner also posed other questions regarding FCC oversight of cell phone and wireless transmitting devices, including how the FCC considers its current safety limit to protect children if the psSAR assessment methodology the FCC uses was never intended to protect children.

L. Lloyd Morgan, Senior Research Fellow, Environmental Health Trust, says, “We urge the media, all cell phone users and public health officials to contact the FCC, as well as members of Congress, demanding a response to this important letter of inquiry. It appears many cell phones on the market should never have been certified.“

Camilla Rees, Senior Policy Advisor, National Institute for Science, Law & Public Policy, says, “The FCC has failed to protect children, despite scientific evidence there is significantly greater absorption of cell phone radiation in the brain and bone marrow of the skull in children, compared to adults. So the question of how the FCC considers its safety limits to protect children calls for an immediate and urgent reply. An entire generation looks to be at risk.”

Dr. Devra Davis, PhD, President of the scientific and policy research organization, Environmental Health Trust, adds, “The issues raised in this inquiry letter highlight the FCC’s failures to protect public health. We urge FCC leadership in the new Administration to come to the table with integrity to see that the important questions raised here are answered thoroughly, and that steps are taken to assure compliance with the FCC’s psSAR microwave radiation safety limit.”

Read The inquiry letter to the FCC from Swankin & Turner