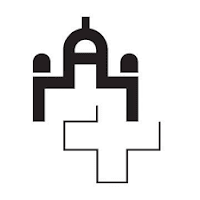 Submitted by:
COMMITTEE ON SOCIAL SECURITY AND PUBLIC HEALTH CN

State of deliberations: Not yet dealt with in the Council

The Federal Council is instructed to implement by the second half of 2020 at the latest the accompanying measures proposed by the working group "Mobile telephony and radiation", published on 28 November 2019, relating to health:

- monitoring of radiation exposure
- creation of an environmental medicine consultation service on the non-ionizing radiation
- increased research on the health effects of mobile phones and radiation.

The report of the Working Group on Mobile Telephony and Radiation clearly states that the issue of ambient radiation due to the deployment of 5G and its effects on health is a matter of public concern. In view of the uncertainties that remain, the working group believes that further research in this area is essential. It also points out that it has not been able to reach agreement on possible adjustments to the existing preventive installation limit values, or on the development of mobile telephony networks.

This lack of consensus is understandable given that almost half of the group members had a link of interest with the telecommunications industry and, in comparison, only two members of the medical profession represented an overriding public health interest. While risks were identified, the assessments were insufficient and the working group was unable to provide a convincing answer on the health effects of 5G.

Fortunately, at its meeting on 22 April 2020, the Federal Council decided to implement as a priority one of the six accompanying measures presented by the working group, the further development of radiation exposure monitoring and the creation of an environmental medicine advisory service on non-ionizing radiation. It also announced an intensification of research on the effects of mobile telephony and radiation on health.

However, at a time when many additional antennas are being installed while requests for a moratorium are multiplying, time is running out. In addition, the report points to further research on the role of radiation in highly sensitive health areas such as cancer, reproduction, cognitive impairment and non-specific disorders. The accompanying measures proposed by the working group in relation to health protection must therefore be implemented without delay before any other measures are taken.