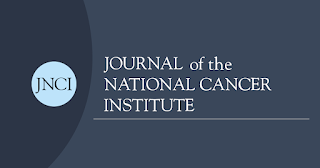 WASHINGTON DC: The Journal of the National Cancer Institute has published a letter from distinguished experts disputing the Oxford “million women” study claiming no link between cell phone use and brain cancer. The new letter lays out why the Oxford report was deeply flawed. The authors note that substantial credible research links cell phone radiofrequency radiation to cancer and the experts recommend reducing exposures in alignment with numerous governments.

The Journal of the National Cancer Institute letter concludes:

“The majority of animal and cell studies have found nonionizing RFR can induce oxidative stress- a key characteristic of human carcinogens and a way that RFR can initiate or promote tumor development as well as play a role in the development of other diseases.

Recent experimental and epidemiological studies indicate that RFR also induces cancers of the thyroid and breast. DNA damage and cancer in these state of the art studies signal the need for the public to reduce exposures to RFR now.”

Dr. Birnbaum and other experts point out that the Oxford study of post-menopausal women provides false safety assurances and is “fatally flawed and designed in a way that cannot evaluate cell phone cancer risk.” They also note that numerous human and animal studies have found significant evidence linking cell phone radiation and cancer. Consequently they recommend the public reduce exposures to cell phone and wireless radiation, especially for children.

“Studies that rely on outdated data are dangerous in the fact they don’t consider how people use cell phones today. Many of today’s users are on the cell phone hours a day and what is termed as ‘heavy use’ in 2011 is low use today,” said Davis who is also president of Environmental Health Trust and Fellow of the American College of Epidemiology. “When this study was originally started, some were still using flip phones.”

“Wrong ages, wrong questions, wrong exposure information. Combining the numbers of brain cancers in older women reporting daily use and infrequent use of phones substantially lowers the chances of finding a real effect and tells us nothing about younger people that remain the greatest users of these devices,” Davis explained.

The Oxford study originally was designed to evaluate hormone replacement therapy, not cell phone radiation. The scientists asked only two questions over a period of a decade in median years 2001 and 2011–did a woman report “never”, “ever” or “daily” cell phone use. When followed through the U.K National Health Services databases, women who used the phone once daily were lumped together with those who used the phone for hours a day. When this group of cellphone “users” was compared to those who reported never using a phone, no statistically significant associations were detected between reported phone use and brain cancer.

Experts pointed out that the flawed Oxford study was on older women, most of whom use phones under 30 minutes a week and thus of little relevance for evaluating risks to teens and children using cell phones all day long. One of the study’s researchers, Kirstin Pirie, confirmed that the study did not assess risk from higher exposures stating “…Only 18% of phone-users reported talking on a mobile phone for 30 minutes or more each week. As such, we were unable to assess the risks associated with considerably greater levels of exposure.”

Birnbaum, who recently retired as director of the National Institute of Environmental Health Sciences is the recent recipient of the Yale School of Public Health’s prestigious Winslow Medal. She is also the former president of the Society of Toxicology. Birnbaum stated, ”Carefully controlled experimental rodent studies from the U.S. National Toxicology Program experiments provide clear evidence that current levels of cellphone radiation can induce DNA and cardiac damage, as well as cancer. We cannot dismiss these findings in light of the continuing expansion of exposures to wireless radiation from phones and other devices at all age groups.”

“This study is not proof of safety,” Birnbaum said. “There is enough published research to support stronger regulations. The public needs to know that cell phones should not be held close to the head and body. Health agencies should issue clear recommendations to the public on how to minimize everyday exposures from cell phones, wireless devices and “smart” things.”

“Children are more vulnerable to cell phone radiation due to their developing brains and bodies. The American Academy of Pediatrics recommends reducing wireless radiation exposure and has long advocated for stronger government regulations,” stated Theodora Scarato, Executive Director of Environmental Health Trust who pointed to numerous expert educational resources available for download so families can learn how to reduce wireless radiation exposure.

Founded in 2007, Environmental Health Trust, a 501(c)3 nonprofit, is a think tank that promotes a healthier environment through research, education and policy. EHT conducts cutting edge research on environmental health hazards and works with communities, health, education professionals and policymakers to understand and mitigate these hazards. Currently, EHT works with scientists, policymakers, teachers, parents and students to promote awareness on how to practice safe technology.

The Environmental Health Trust has worked on the issue of wireless radiation for over a decade submitting thousands of pages of evidence to the FCC in the years leading up to the court’s decision. EHT scientists testified in 2009 Senate hearings and 2008 congressional hearing on cell phone radiation- the last ever held. EHT scientists have published numerous studies on the health effects of non -ionizing electromagnetic radiation and organized numerous national and international scientific conferences on the issue. Visit www.ehtrust.org for more information.