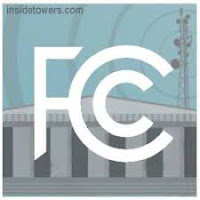 
Some had wanted the FCC to harmonize its limits with those of ICNIRP, which are considerably more permissive for cell phone exposures. The ICNIRP standard is 2 W/Kg, averaged over 10 g of tissue, while the FCC limit is 1.6 W/Kg over 1 g. The larger averaging volume alone makes the ICNIRP standard less stringent by two- to threefold (see MWN, J/A00, p.8).

In the FCC announcement, issued today, Chairman Ajit Pai cites the support of Jeffrey Shuren, the director of the FDA’s Center for Devices and Radiological Health. “The available scientific evidence to date does not support adverse health effects in humans due to exposures at or under the current limits…” Shuren told the FCC, adding, “No changes to the current standards are warranted at this time.”

FCC officials said at a press briefing that there’s “nothing special about 5G,” according to a report from CNET. They went on to argue that the scientific evidence to date indicates that, in terms of causing health effects, 5G is no different from any other cellular technology, including 4G or 3G. The higher-frequency signals (millimeter waves) used to deliver 5G also pose no health risk, they said, pointing out that the existing RF exposure guidelines apply to 5G.

The FCC first announced its plan to review the agency’s RF rules in March 2013 in a 200-page filing.

For more on the FCC and RF safety, go here.