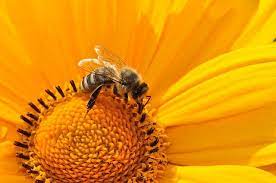 Bee colonies were set up in a field trial under different conditions. The multi-stress site showed the worst health condition of the bee colonies, with only one alive at the end of the experimentation out of the four ones present at the beginning.

Honeybee and general pollinator decline is extensively reported in many countries, adding new concern to the general biodiversity loss. Many studies were addressed to assess the causes of pollinator decline, concluding that in most cases multi-stress effects were the most probable ones. In this research, the combined effects of two possible stress sources for bees, pesticides and electromagnetic fields (multi-stress conditions), were analyzed in the field. Three experimental sites were chosen: a control one far from direct anthropogenic stress sources, a pesticide-stress site and multi-stress one, adding to the same exposure to pesticides the presence of an electromagnetic field, coming from a high-voltage electric line. Experimental apiaries were monitored weekly for one year (from April 2017 to April 2018) by means of colony survival, queen activity, storage and brood amount, parasites and pathogens, and several biomarkers in young workers and pupae. Both exposure and effect biomarkers were analysed: among the first, acetylcholinesterase (AChE), catalase (CAT), glutathione S-transferase (GST) and alkaline phosphatase (ALP) and Reactive Oxygen Species (ROS); and among the last, DNA fragmentation (DNAFRAGM) and lipid peroxidation (LPO). Results showed that bee health conditions were the worst in the multi-stress site with only one colony alive out of the four ones present at the beginning. In this site, a complex picture of adverse effects was observed, such as disease appearance (American foulbrood), higher mortality in the underbaskets (common to pesticide-stress site), behavioral alterations (queen changes, excess of honey storage) and biochemical anomalies (higher ALP activity at the end of the season). View Full-Text