Four new studies shed light on human exposure to electromagnetic radiation from wireless technologies, but the authors of one study alleged industry tried to censor their research, and in another case, critics accused researchers of having conflicts of interest with the telecom industry. 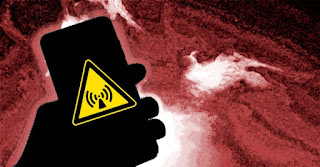 New studies from Sweden, China, Australia and the U.K. shed light on human exposure to electromagnetic radiation from wireless technologies, but the authors of one study alleged industry tried to censor their research, and in another case, critics accused researchers of having conflicts of interest with the telecom industry.

The report initially was censored by the telecom industry, the study authors said.

Nilsson told The Defender, “The telecom companies tried to censor the article” in spring 2022 after the study initially appeared in a Swedish medical magazine.

“A representative of the Ericsson company — the world leading 5G infrastructure provider — and the umbrella organization for 1,200 tech companies, all the major telecom companies in Sweden, wrote to the editor of the Swedish magazine and asked him to withdraw the article,” she explained.

“This is the first case report of the microwave syndrome caused by 5G,” Hardell told The Defender, adding that “historically, many risk factors for human health have first been identified by clinical observations.”

According to Nilsson, the study — which examined the change in physical symptoms experienced by a 63-year-old man and a 62-year-old woman when a 5G cellular tower was installed on the top of their apartment building — “confirms the concerns raised for several years by hundreds of scientists and physicians about the dangers of the 5G rollout.”

Nilsson pointed out that 5G was rolled out “without any previous studies showing that 5G is safe for humans or the environment.”

“It is a scandal that this industry, in spite of the complete lack of evidence showing that 5G is safe, has obtained the right to expose people without their consent, in their own homes to massively increasing levels of pulsed microwave radiation that have the capacity to rapidly destroy their health.”

“The telecom industry knows about the effects on people’s health, but are doing all they can to cover up the harms.”

Numerous people, she said, contacted the Swedish Radiation Protection Foundation with reports of their health being destroyed by 5G equipment installed in their neighborhoods.

“Based on the measurements of massively increased radiation from 5G and what we know this far,” Nilsson said, “we can conclude that 5G is very dangerous and must be halted.”